The diagnosis was a shock. I wasn’t expecting it at all. When I heard the words ‘You have prostate cancer’, I took a breath and thought ‘Why me? Why have I got it?’

I went to see the consultant and it was decided that I would be on radiotherapy and chemotherapy. They started me on 18 weeks of chemotherapy first. That’s six sessions every three weeks. The first two sessions were OK. I must admit that I thought ‘There’s nothing to this’, but then the third session came along. Everything else was the same, but I wasn’t. I felt awful! I couldn’t get up, I felt sick all the time and I couldn’t go back to work. It was really horrible, but I survived it.

My radiotherapy treatment involved lots of high-tech equipment, which is right up my street. I had 37 sessions. It was interesting because I had to have three tattoos! One on each of my hips and one in the centre. These tattoos were used to line up the equipment to precisely target the prostate. I had to have a full bladder for the radiotherapy. I would arrive for my treatment half an hour early and drink four to five cups of water. I wasn’t allowed to go for a wee or anything. The treatment only lasts around two minutes: it’s really quick. You get on the table, and they line you up and tell you not to move. The bed stays still and the machine rotates around you, it goes around once and then comes back. When it was done, the first thing I would do is get my dressing gown on and head to the loo!

Life Is for Living

Two years on from my diagnosis, I’m feeling absolutely fine. My prostate is monitored every three months and my last PSA reading was 0.13, which is really low. I’m really pleased about that and I will continue to be monitored in the future. I’m thankful for the treatment that I have had, which has enabled me to come out the other side. My life is just as normal as it was before; in fact, I would even go as far as saying I enjoy life even more now. I truly believe that life is for living and you’ve got to take each day as it comes. Don’t worry about tomorrow, just get on and enjoy it. I’m living my life in full and I have done many things that I wouldn’t have done if I hadn’t been diagnosed with prostate cancer.

One of my daughters asked me if I had a bucket list. I had never thought about a bucket list, but it made me think about things I would like to do. I have two daughters and three grandchildren so I decided I wanted a family holiday. I thought it would be lovely if we could all go away together for the first time. So, we did. We drove to the South of France and had a great week in heat of over 30 degrees. Since then, we have continued to have get-togethers as a family. Does dairy increase the risk of prostate cancer? 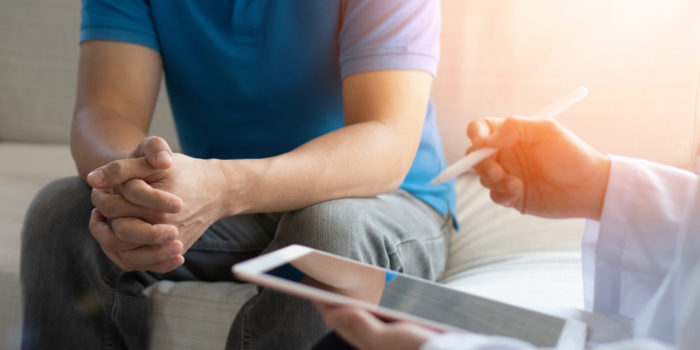